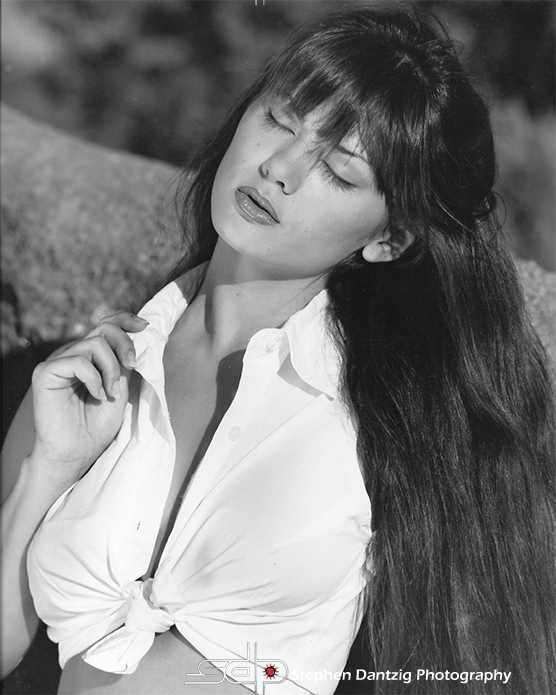 Lisa Marie Scott–former Playboy Playmate and always friendly and supportive even years later. I lost touch with her over 10 years ago.

Tripods:  Modern lenses have incorporated an absolutely amazing technology that somehow compensates for some of your hand motions/camera shake! Look for something like Image Stabilization (IS), Vibration Reduction (VR) or similar term. The IS or VR feature will not have any impact on moving objects, but can allow you to shoot a shutter speed one stop or more slower before showing camera shake. This option is usually on the lens rather than within the camera, but can be in the camera menu for hybrid/mirrorless cameras. 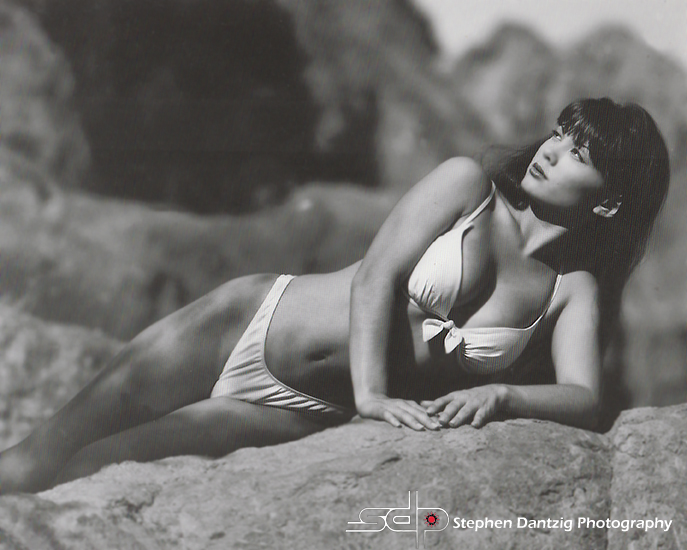 I had to be careful. The camera survived, but the tripod was heavily damaged, which did not help in keeping the camera still

There will come a point when you can no longer hand hold the camera even with the IS/VR feature turned on and it is time for a tripod. DON’T cheap out when it comes to buying a tripod! The job of a tripod is to steady the camera for long exposures AND to protect it from falling! My heart sank on a shoot in 1996. I was in Los Angeles shooting with a Lisa Marie Scott (Playboy Playmate February 1996) at Vasquez Rocks Park. The operative word here is “rock!” I had a Bronica Medium Format camera with a brand new ($2,000.00) 250mm lens attached to what I thought was a stable tripod…you know what is coming so I’ll make a long story short: The tripod fell with the camera as my heart sank. Everybody gasped including Lisa (who, for the record, was incredibly nice and professional). I told my buddy and trusted helper Dave Spadaro to go to the car and get the other camera—this was a one-time only shoot , so “The show must go on!”—while I picked up the pieces from the ground. The tripod was severely damaged and I shook out the glass from the bellows lens shade I had on the lens. I put the camera to my ear and turned the lens dial—sounds OK…I pointed the camera at Lisa and focused…looked good…so, let’s take a Polaroid (we could change backs on the medium format cameras and shot Polaroids in the pre-digital era–a color Polaroid takes 90-seconds to process—that is a LONG TIME to wait to see if you just lost $5,000.00 in gear!) I got lucky: the broken glass was a a 35-cent homemade filter. The next day I bought the monster tripod (below) that you see me using to this day. The images of Lisa that you see here were taken after the camera fell (and BTW, have never been published in any forum before now—well  except for classes!) 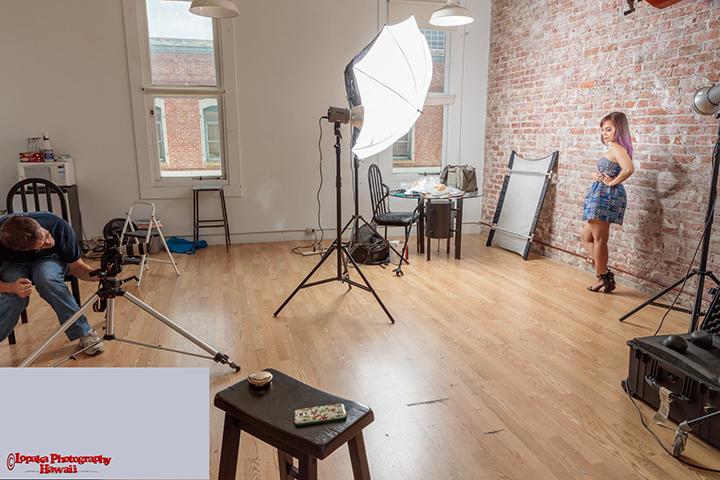 I walked into my local camera store and found my now passed good friend Ron (I loved, think of and miss Ron to this day). The monster tripod you see above was on the floor. I gave Ron my credit card and said “pick a number, I’m taking that home today!” Any number he picked would not be anywhere the 5 grand I almost lost! As you can see, I still use that tripod over 20 years later–with Naomye Leiza, modeling for one of our classes last year. Mahalo for the image Robert Hernandez!

Your lens’ focal length will effect how your camera shows hand/body shake. A longer lens will show the effects of camera shake faster than a shorter lens because it takes the light longer to reach the image sensor (or film) so there is more time for any dips, shifts or shakes to become apparent in the image. A very general rule of thumb is your shutter speed limit to hand hold your camera without camera shake effects is 1/focal length or the closest approximation (with the IS/VR feature turned off.)

PRO TIP: Turn the IS/VR feature off if you are using a tripod and shooting a slow shutter speed. The camera will “look” for hand motion and might actually create it if the camera is stable.

This tip was brought to by: 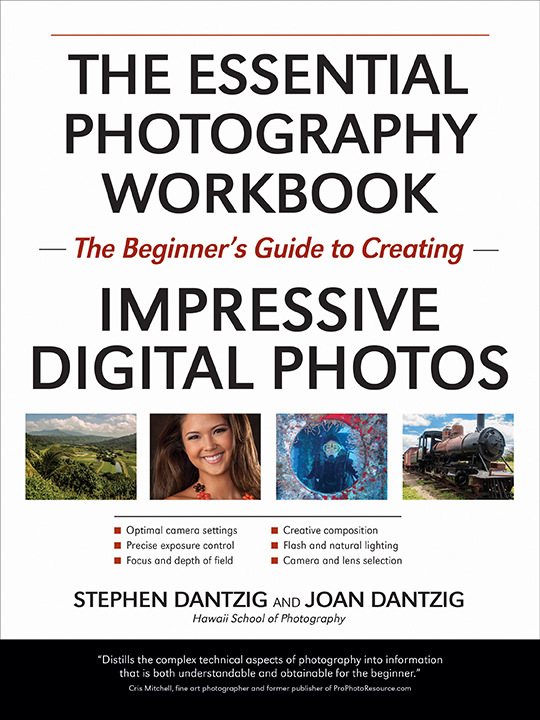