Overpower the Sun: Fashion and Swimwear Photography—We’ve spent the last few weeks talking about creating great images when the light is not the best, namely, when the sun is in front of you. The trick was to underexpose the image to create dramatic images. We have also seen that this works to create amazing sunset images. Elements like beach props or people will become interesting silhouettes against the sunset in these cases. However, what if you are shooting not the sun and you do not want the people in your images to be silhouettes? This is where you need to bring your own light and it has to be powerful because you will need to overpower the sun! You are still essentially underexposing the background, but now you are adding light to the foreground as well, so this works for sunsets. You can now control the background to give you the rich colors you want while lighting your model too (Model: Thalia Ng). 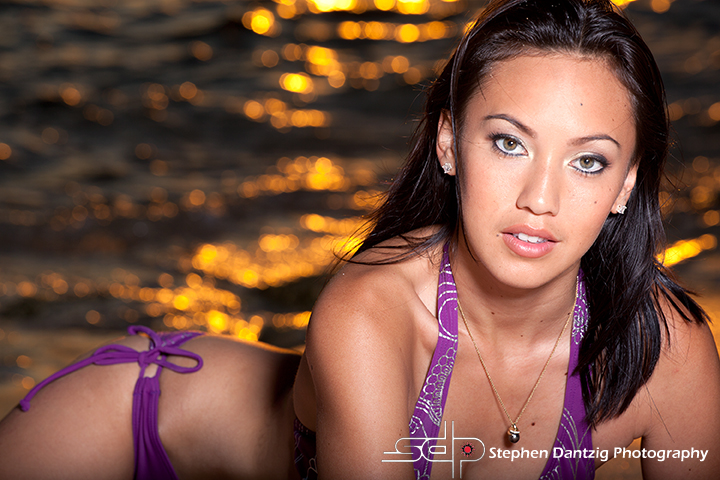 Sunset image of Thalia Ng. Some post-production editing to accentuate the highlights on Thalia’s face and torso. 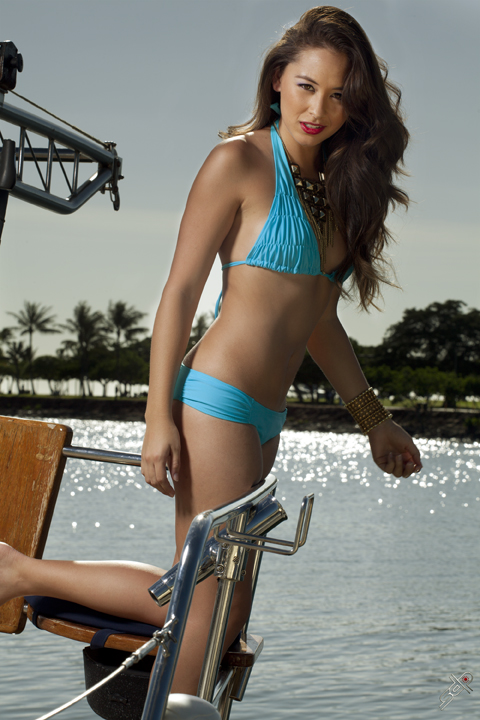 You need POWER to bring out the blues in a backlit sky!

What about when the sun is still high in the sky? You actually needed more power before the days of high-speed sync flash capabilities to bring out the blue skies in a backlit situation. The images of Tasha Johnson show that I needed a strobe powerful enough to give me f 16 at 1/250th of second (the fastest sync speed I had at the time) at ISO 100, but the effect is beautiful. The sun acts as a nice rim/hair light and provides some “specular highlights” on the water behind Tasha. 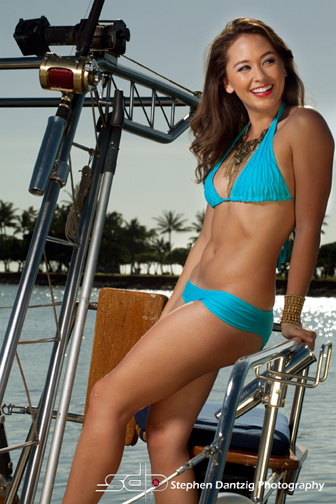 I bring a Dynalite Uni400 on location. It is powerful enough to give me a combined ambient/strobe exposure of f16 at 1/250th of a second AND use light modifiers if needed.

BUT…we are shooting at f 16, which works fine for these kinds of images, but not very good if you wanted to create images with a more shallow depth of field. 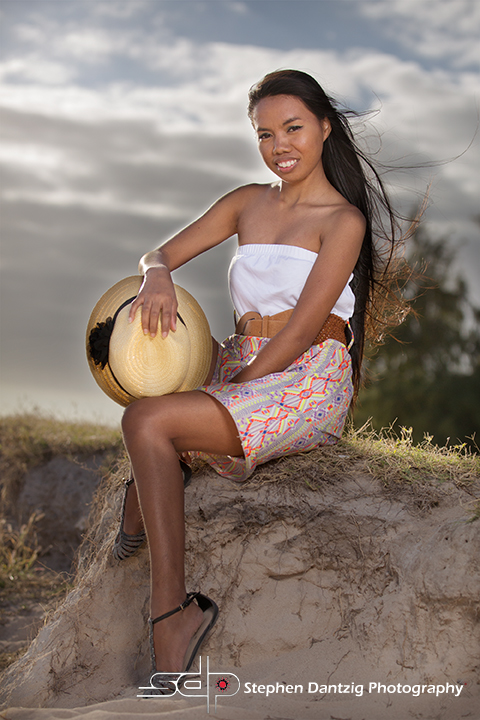 The advent of “high-speed” sync technology has totally changed the game! My good friend Robert Hernandez invited Joan and I out to play with his then new Priorate strobes that use the high-speed sync technology. We were now able to crank the shutter speed up to 1/8000th of a second which meant we could drop the f-stop down to f 2.8 or f 3.5! We positioned Joan with the sun almost directly behind her for these two images. The sun, as in the images of Tasha, acted as a back and hair light, but the extremely fast shutter speed did not allow flare to degrade the images, even with the f-stop wide open. We were even able to bump up the ISO to 400 so the ambient light would blend with the flash to create a more natural look, or one that does not “look” flash-lit. We will continue discussing the use of flash outdoors in later posts.