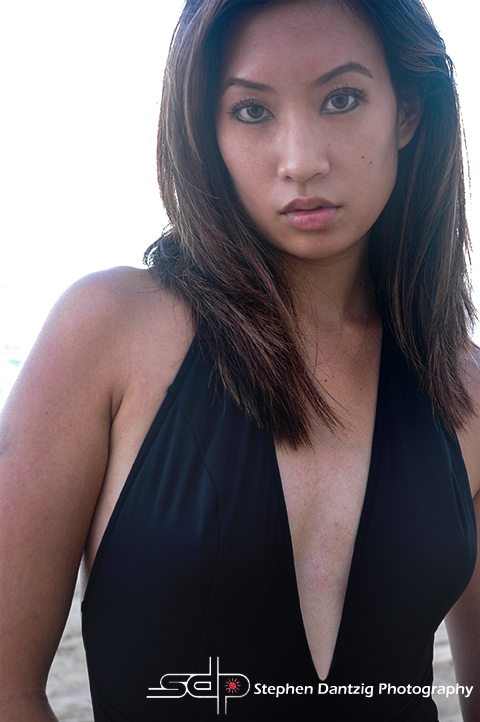 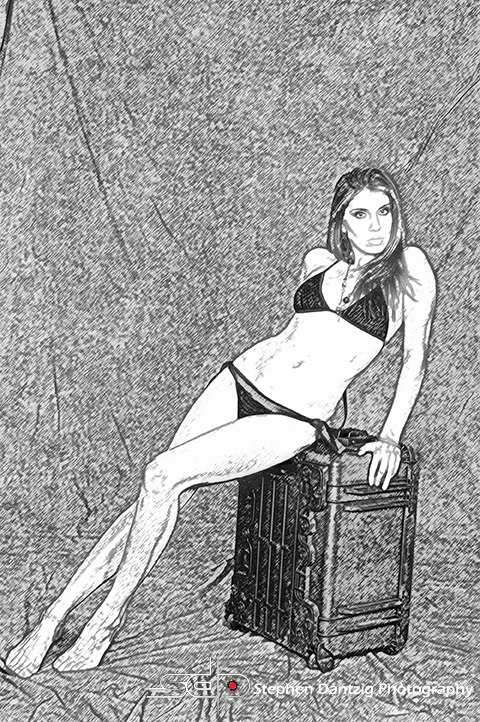 Fashion Photography and Post-production—I am personally not a fan of “fixing it in Photoshop,” but I am also not a fan of flare in my images. I know that the careful use of camera flare can be an effective tool for the right shot, but, like I said, not a fan. Flare, by the way, occurs when more light enters your camera from behind your subject than the exposure settings on your camera can handle. Essentially, your background is overexposed and the excess light seeps around you subject and degrades the image quality. Lens shades are designed to avoid this very problem, but don’t help when the light is coming from directly behind your model. This was exactly the case in this shoot on the Northeast Shore of O’ahu many years ago with Brooke Tanaka. I was new to O’ahu at the time and was still learning that the sun set behind the Koolau Mountain Range, putting the beach in shadow, while still illuminating the background. This, coupled with an overcast afternoon, was a recipe for disaster. 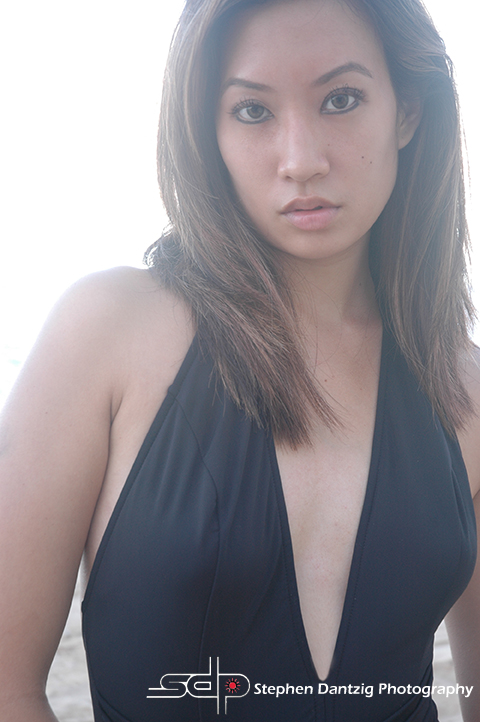 Poor control of the background lighting created an image that I personally think is pretty bad–I said personally–I know that many of you like to use flare.

Now, if you like flare, then you will like the first image in this series! I didn’t and turned to a much earlier version of Photoshop then currently exist to “fix” or at least “salvage” the shot. All I really knew in those days was how to apply a curves adjustment layer, so I darkened the whole scene. 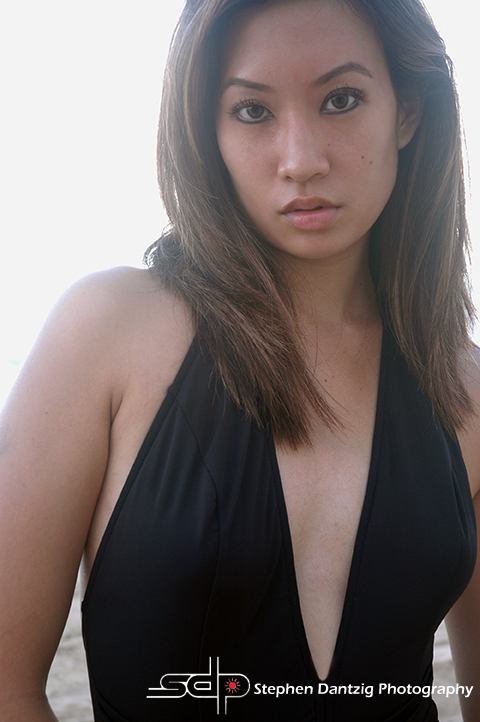 It is sometimes fun–and educational–to revisit images that were part of your learning curve years ago. This was the first attempt with my limited knowledge of Photoshop at the time.

This helped, but now Brooke’s face was too dark. I used a second cures adjustment to lighten the scene, added a hide all layer mask and painted in some lighter tones for Brooke’s face to create a “decent” image. 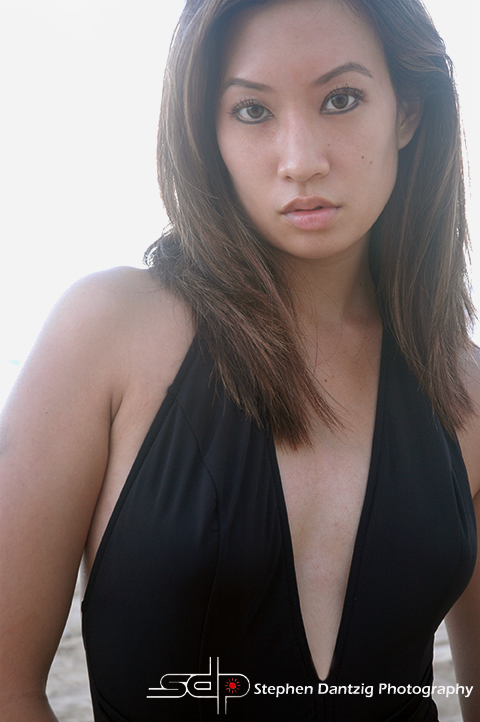 An early use of layer masks in Photoshop. I learned quickly how important layer masks were to the post-production process.

2016 edit: I hadn’t seen this image in many years and I was curious about how I would edit it with today’s technology. The “fix” was easier and better in today’s Lightroom than yesterday’s Photoshop (although I still used a layer mask in today’s Photoshop to complete the fix)! I hadn’t found much use for the “Dehaze” slider in LR, but it really helped here. I still don’t like the blown-out white background, so the image is far from “perfect,” but it is usable.

Technology gas changed! I kind of like this image now. 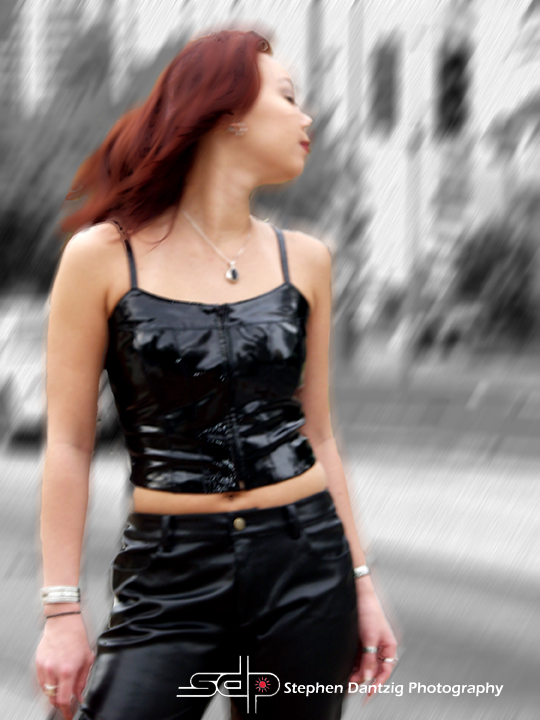 This image of Tanya was created during one of my first visits to O’ahu many moons ago. It actually started with a photo with too much motion blur to be useful, but I liked it. I decided to play with layer masks and some creative filters. I used the charcoal sketch filter and a layer mask. I had to meticulously paint Tanya back in for the full effect. Truth be told, it would probably be an easier task for those of you who are good at removing your subject from the background (while still using layer masks). I have never been good at using the more advanced selection tools, so it was the paintbrush for me! This image earned an Award of Merit from the Professional Photographers of Los Angeles County. Camera: Olympus E10. Exposure f4.8, 1/125th of a second, ISO 80 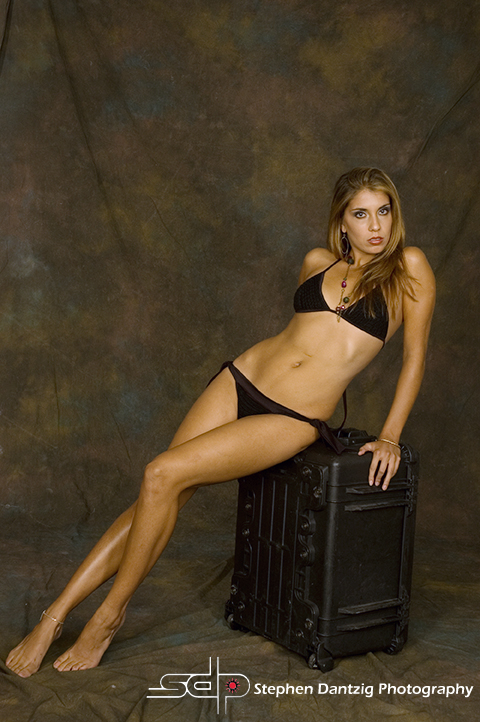 I liked the image of Callie, but decided to give it another go-round with an updated version of Photoshop. The first thing you have to do with the newer versions is find the artistic filters. They used to be in a fly-out in the filter drop-down menu, but not anymore! Now they are in the filter gallery which is also part of the filter drop-down menu. So, I started to play once I found the brush stroke filters. Use the sliders in the specific filter dialog box to control the effects. 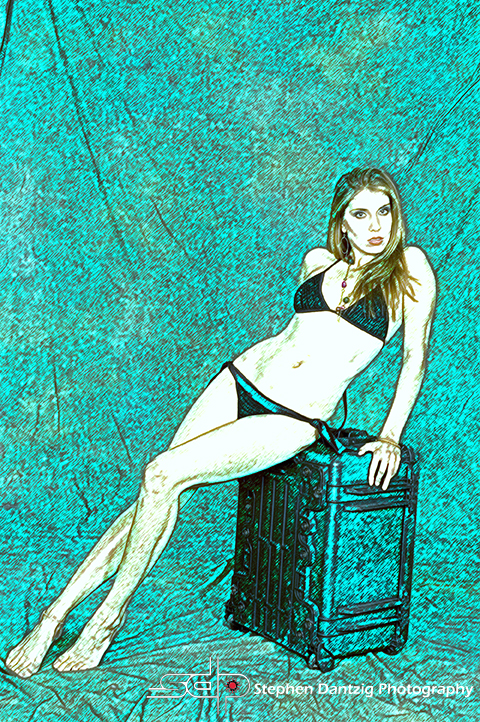 The first version is pretty interesting, but I think of a charcoal sketch as black and white. I simply added a black and white adjustment layer to create the final image. Photoshop and Lightroom are truly part of the creative process in the digital era.

I really like this new, updated, version of this image!